The only thing you get if you fill a pothole incorrectly is a larger pothole in the future.  When you fill in a pothole the wrong way, you’re just going to see it come back, time after time, year after year.  Epic Paving knows the right way to fill a pothole to permanently solve your pothole problems.

So, how do you fill a pothole, then?  We’re glad you asked.

The first step is to remove debris from the hole itself, until your reach the subbase.  You don’t want loose asphalt or dirt and debris in your pothole; you can’t get a solid patch with that in the way.  You then want to ensure you have clean edges – we saw around the hole to create a fresh surface, in order to allow the asphalt mix to bond with the existing asphalt.  Craggy surfaces can make that bonding less clean.

We dig right down to the subbase when we repair potholes to ensure the integrity of the repair – otherwise, you have a thinner layer of patch on top of old asphalt on top of the subbase.  That’s where you see crumbling happening – that lowers the structural integrity of the spot, and you’ll just get potholes again.  By repairing down to the subbase, we’re creating the strongest patch possible.  Once we’ve dug down and cut around the hole, we remove any remaining debris.

The next step surprises some people – heat the pothole.  This removes existing moisture, which is important because moisture is the number one cause for asphalt failure.  It also softens the asphalt around the pothole, which helps improve the strength of the bond between it and the patch.

At this point, we’re ready to add the new asphalt, and then compact it to create the bond.  Once the asphalt is cooled, it’s generally OK to drive on it immediately, getting your surface back to action quickly and efficiently. 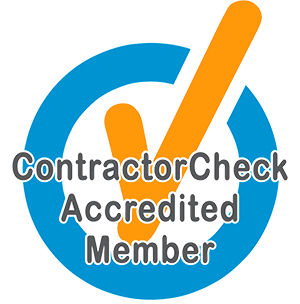 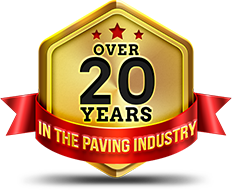 My experience working with Francesca, Maurizio and the crew at Epic Paving & Contracting has been very positive. In addition to being readily available to...

Maurizio and his crew were very professional throughout the entire process...easy to deal with as well as great attention to detail. Highly recommended...

We are very pleased with the workmanship quality of Epic Paving. We use their services on...

We recently had our driveway paved and new interlock patio created.
First and foremost, Francesca, our sales representative, was always punctual...

We originally contacted Epic Paving & Contracting in early spring. We had some concerns over our driveway & our interlock walkway was in very poor condition...

I called Epic Paving in response to a flyer I received in the mail. We decided to sell our home and needed to add some curb appeal to the property. They understood...